Less than 20 kilometers outside of Tulum, this area is known for its stunning cenotes, crystalline inlets, and astounding tropical scenery while remaining remarkably close to the most trendy destination in the Riviera Maya. 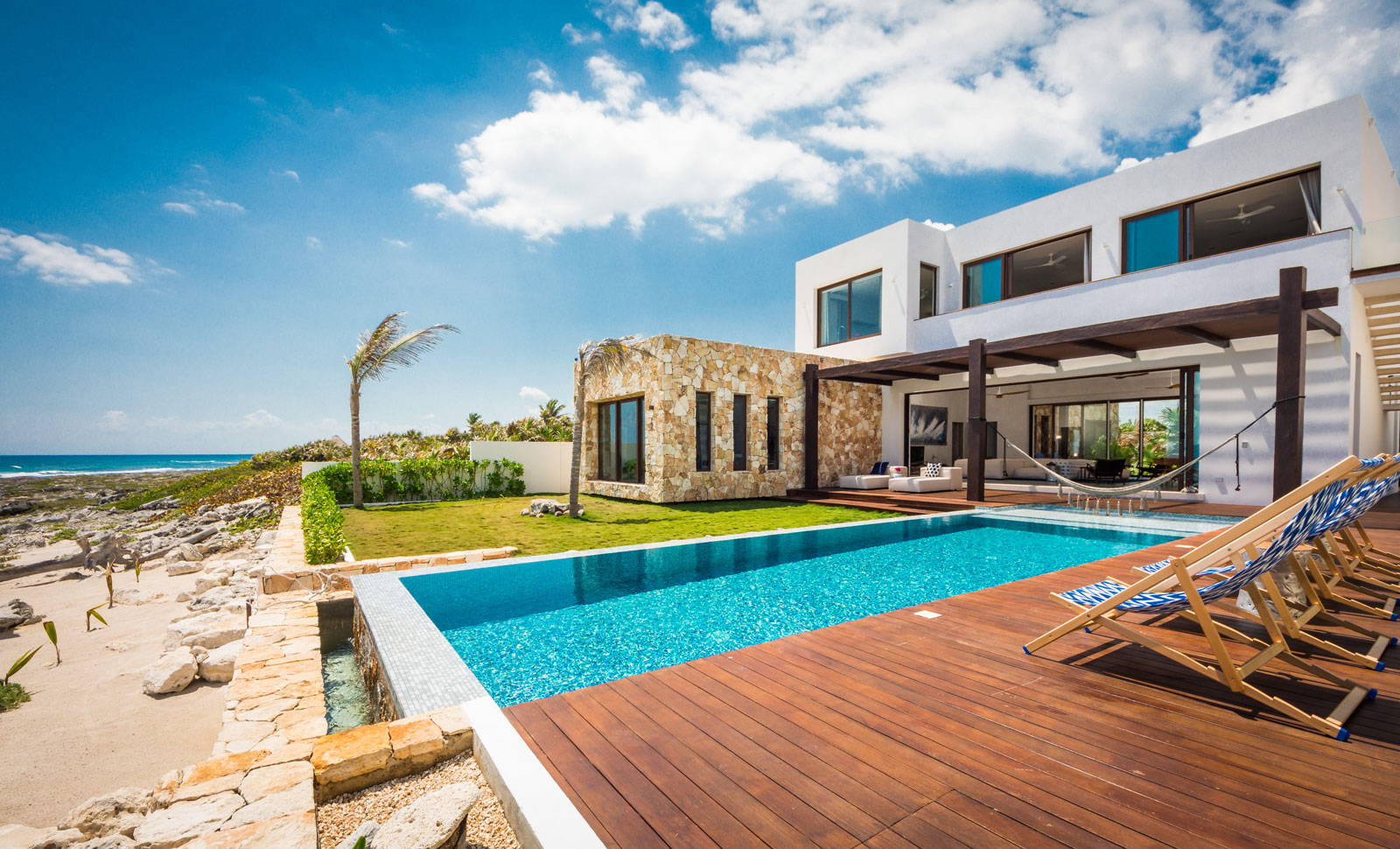 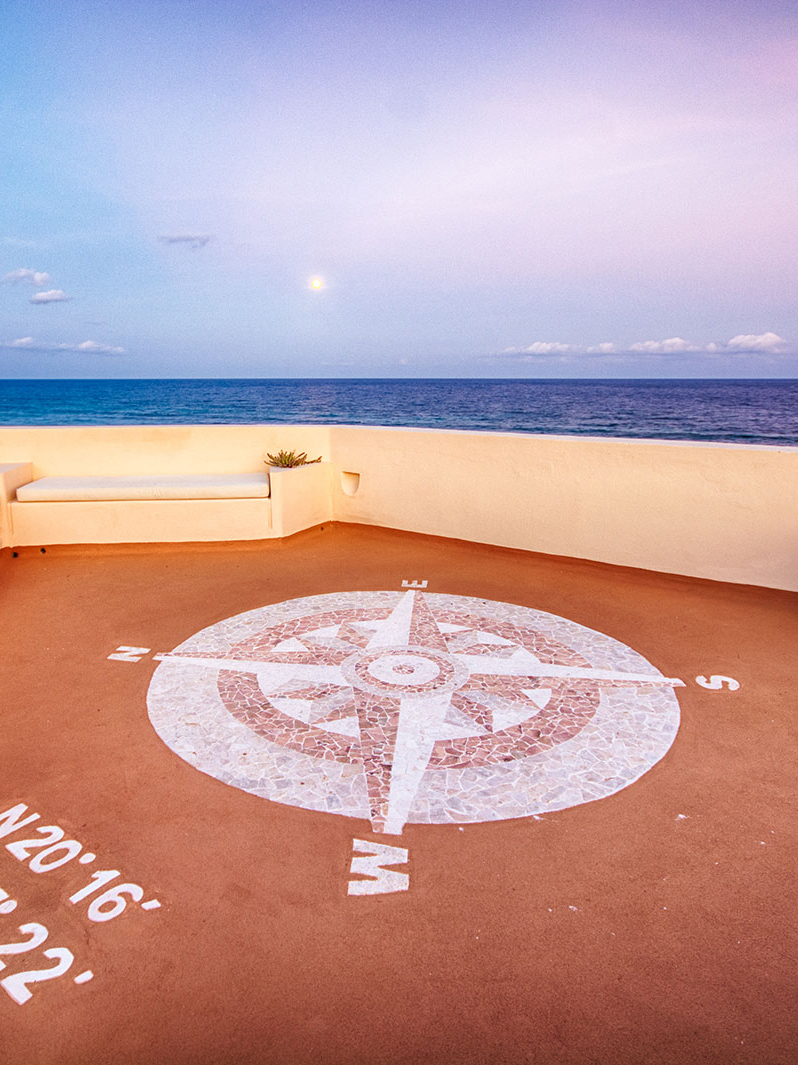 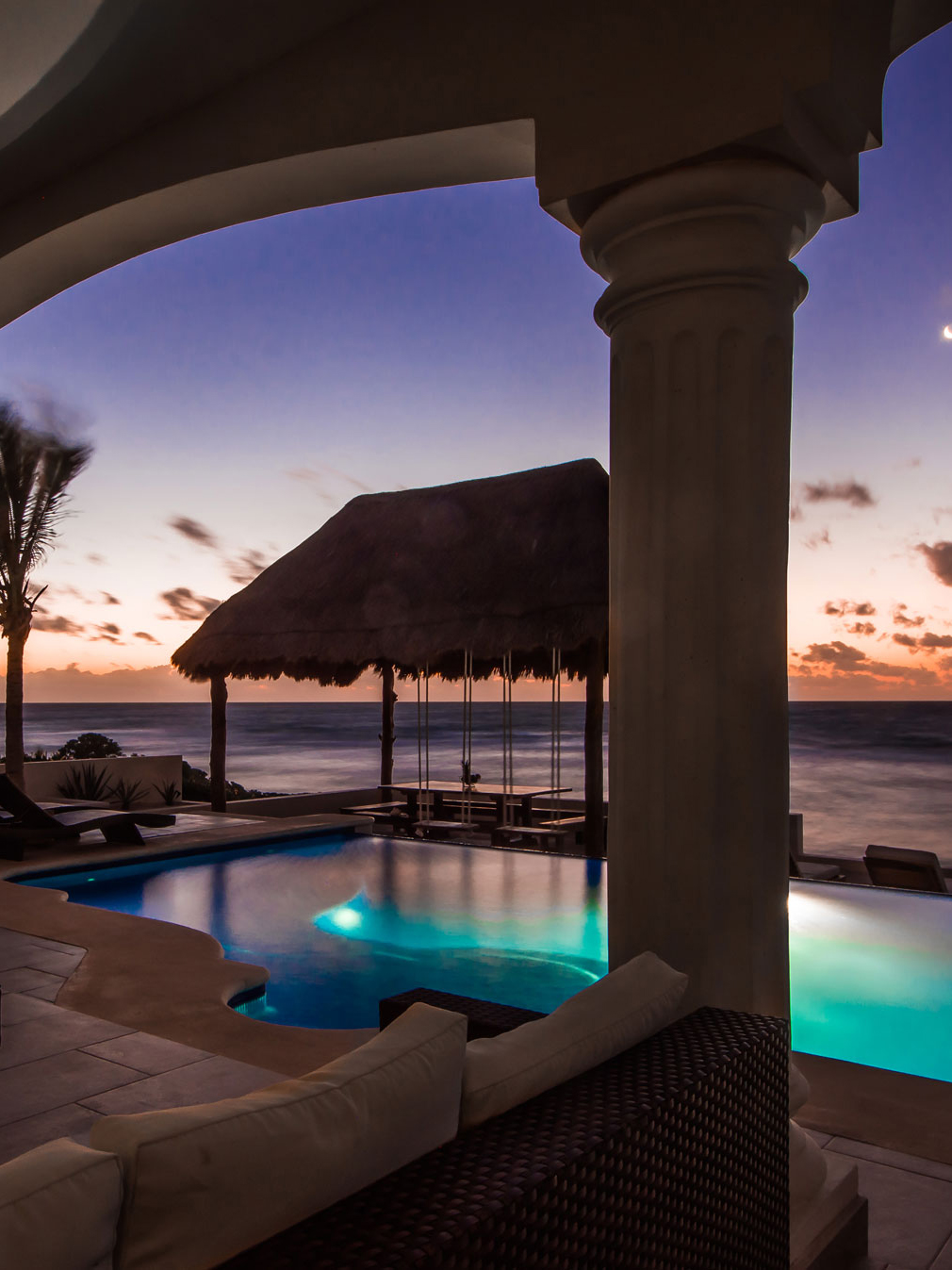 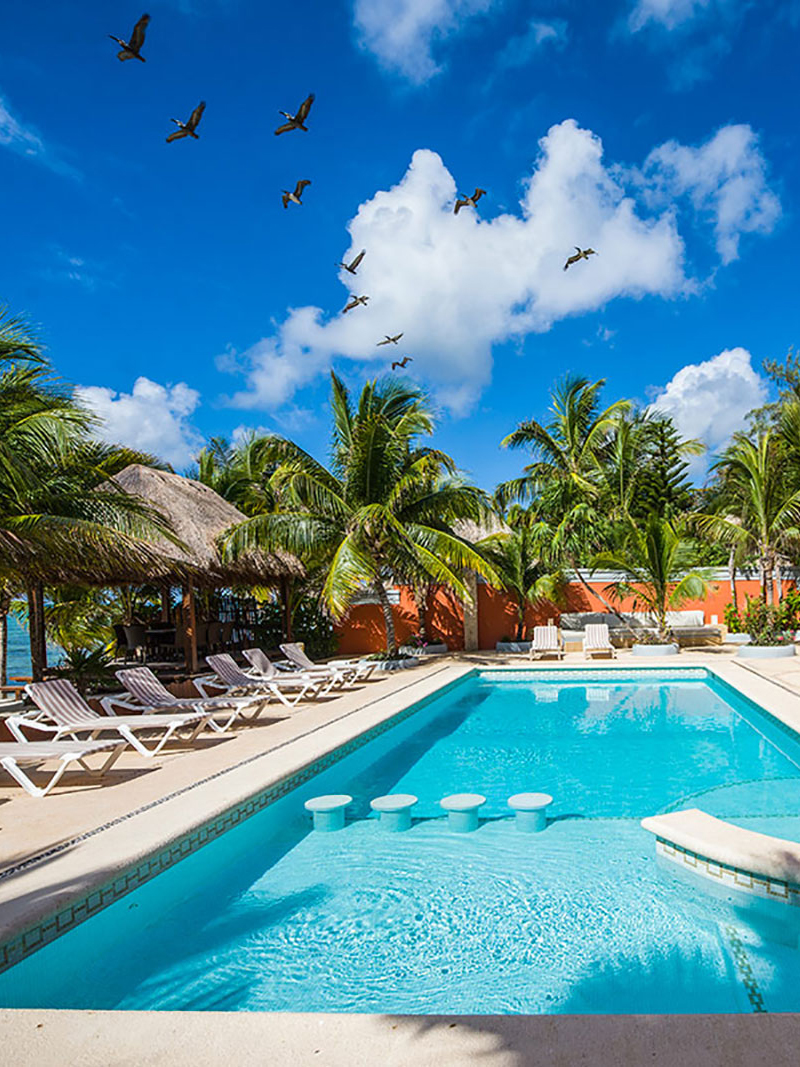 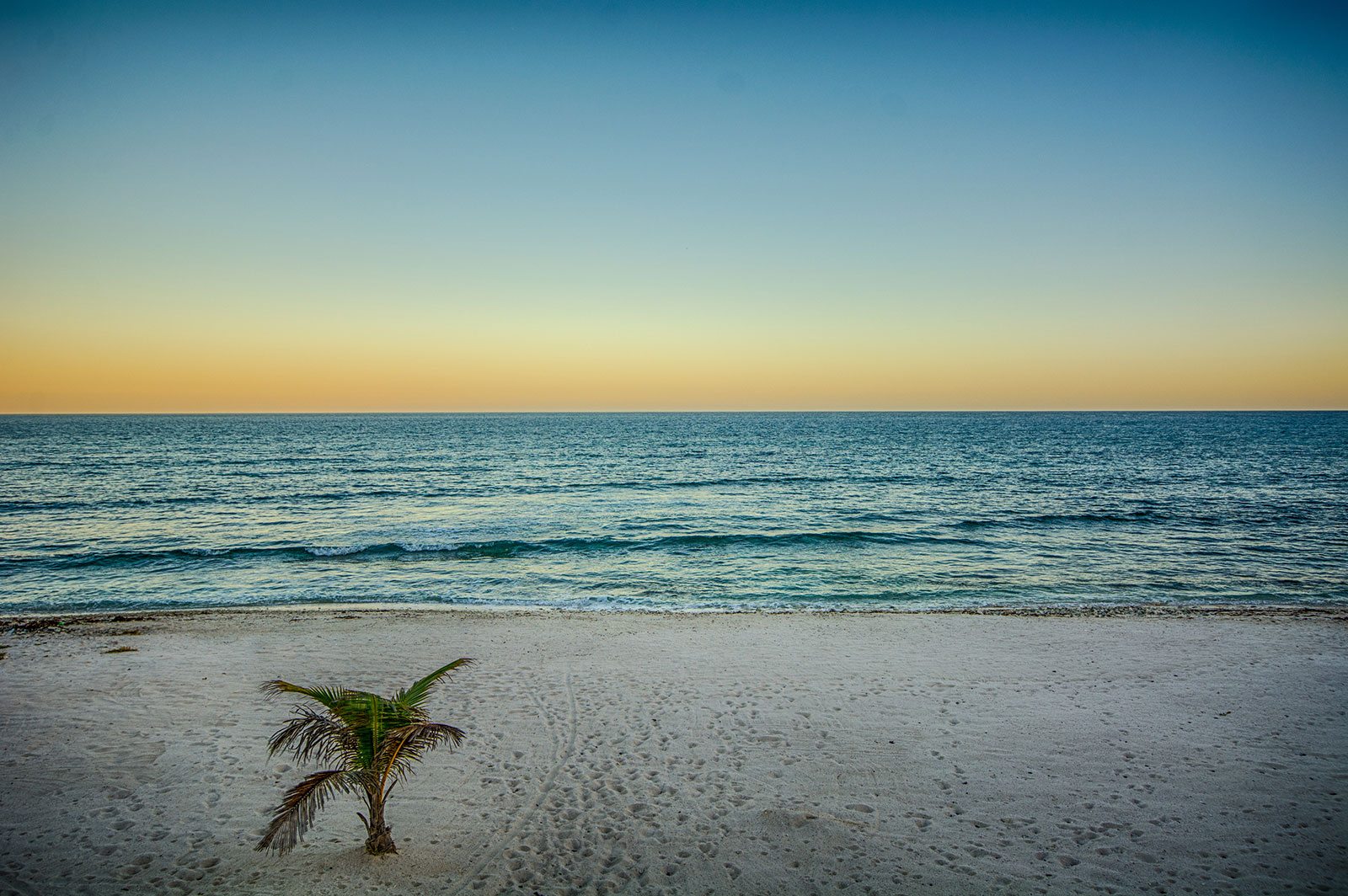 Tankah Bay is charming. It’s more than a snorkeler’s heaven. You can come here for the day from Tulum or Playa del Carmen and connect with nature. You will find it just 11km north of Tulum.

The inlet is protected by the reef, making the seas calm and tranquil. The bay’s icons are two piers with palapas and hammocks, a great photo opportunity. The beach is lined with coastal plants such as palms, turtle grass, chestnut grass, sea perslane, baybean, mangrove vine, beach cabbage and sea grape. You can even find perfumed spiderlilies. The fine sand of pulverized coral and shells is a welcome change from the softer sands of Tulum.

Two restaurants serve those who come here to relax, sunbathe and explore the underwater life. The dive center is right on the beach, offering a snorkeling experience to the reef filled with fish, turtles and rays. Or you can rent a kayak or charter a fishing boat to go further afield. Beach shoes are a good idea for some places, for the sea grass, coral, and rocks. If you prefer a beach walk, you can hunt for shells, including some large conches, rare on this coast.

There are also little tide pools along the beach and it is wonderful to play the naturalist here. These shallow pools formed on the rocky intertidal shore are the habitat of especially adaptable animals, such as anemones, crabs, sea urchins, baby starfish and small fish. As John Steinbeck said, ‘it is advisable to look from the tide pool to the stars and then back to the tide pool’. Yes, indeed, the plankton of the sea and the spinning planets are all bound together by the elastic string of time.

Tankah also boasts a freshwater cenote that winds through a mangrove forest. It used to be called Cenote Manatí but the manatees left some time ago. Now referred to as Casa Cenote, it is popular with divers, offering a lot of underwater light effects, rock shapes and many stalactites. A particular delight is to experience a halocline, the interface between fresh and seawater (the fresh water floats above as it is lighter). Alongside, you will experience a thermocline, a change of water temperature, when different water layers mix. This cenote is part of the largest underground cave in the world, Nohoch Na Chich. On a clear day, on the beach in front of the restaurant Casa Cenote, try to spot the ‘boil’ of freshwater as it exits a vent: the ‘Eye of the Sea’. With the cenote leading directly into the sea through a natural tunnel, you can feel its cool fresh water mixing with the warmer salt.

Tankah Bay, like every other corner of Riviera Maya, has a human story to tell, and a very ancient one. ‘Tankah’ means ‘town centre’ in the Mayan language and it’s hundreds of years older than Tulum. The port dates from 150 BC and there are unrestored ruins at Caleta Tankah, the next bay south. As it sat on an open bay it was exposed to possible dangers. The Maya were renowned seafarers and the port city had to support not only the permanent population of the city but also passing traders who would paddle up in their canoes, requiring food, water and a place to stay and rest. That could have made them feel vulnerable to attack. As a result, some centuries later, the walled city of Tulum was built on the neighboring cliff top, as an extension of Tankah city, because of the need to build a new ceremonial center at a more protected site. The Maya were primarily farmers, not sea traders; they would tend to live in areas of deeper, more fertile soils. This is a very marginal landscape and it challenges us to imagine them adapting to life by the sea.

As a tourist at this bay, your choice is much simpler: choose to snorkel, kayak, fish, wander along the beach or just sunbathe and play in the tide pools. But don’t forget Steinbeck: look from the tide pool to the stars.

A selection of our favourite villas in Tankah Bay