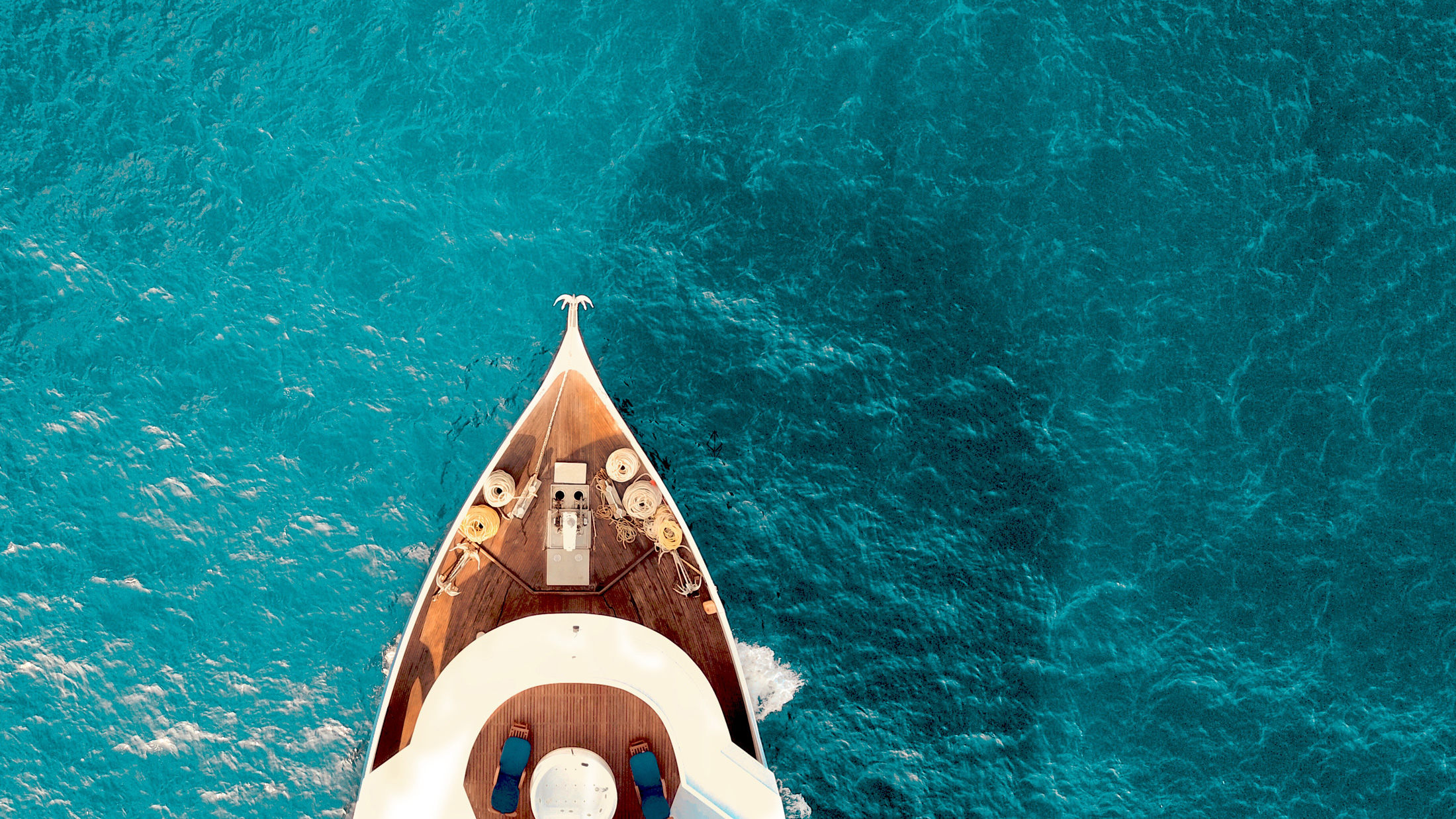 This sophisticated community and marina is an enclave of good taste and comfort by the ocean. Stunning beaches, fine restaurants, and a delightful promenade make this upscale neighborhood one of the most sought after in the Riviera Maya. 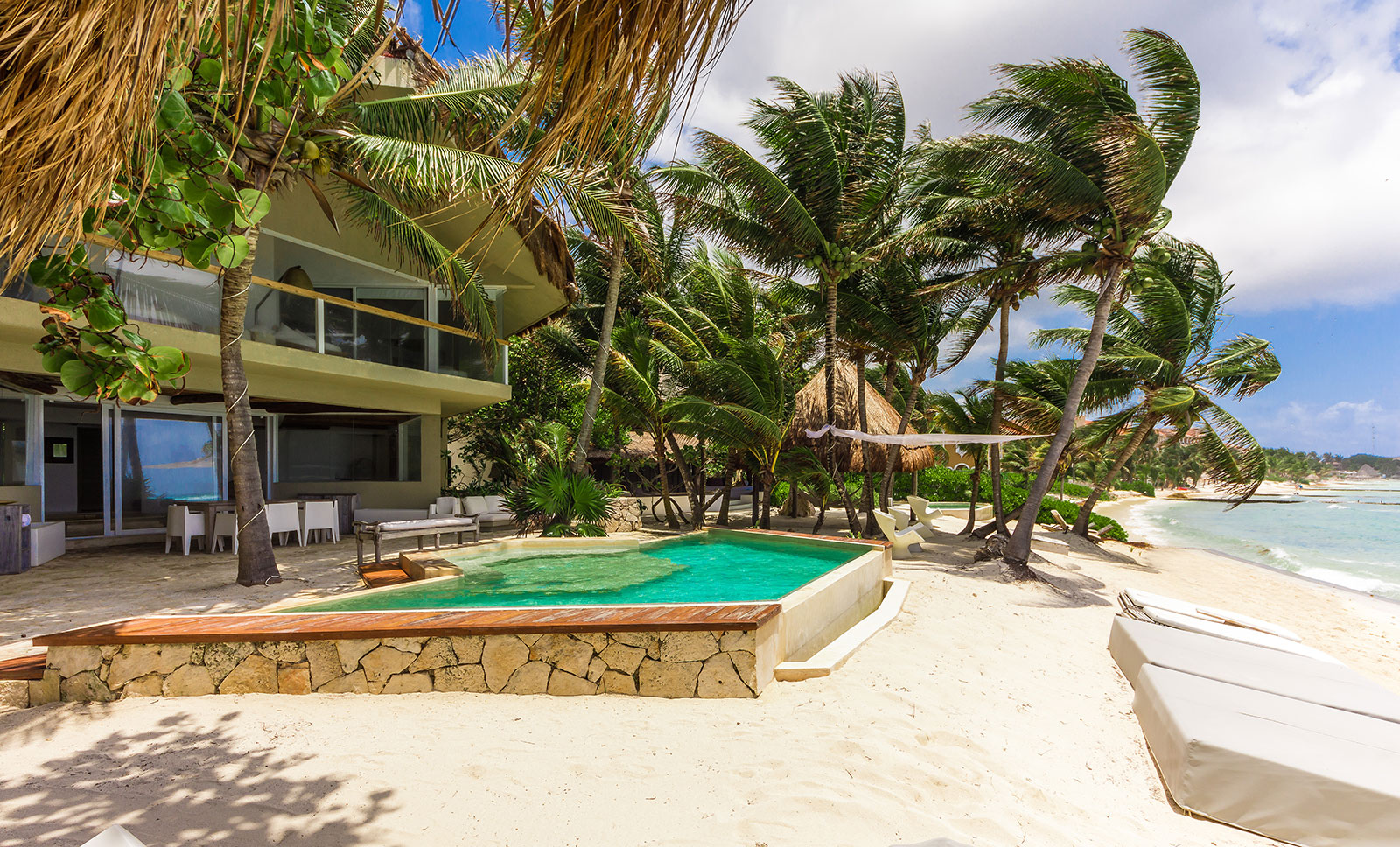 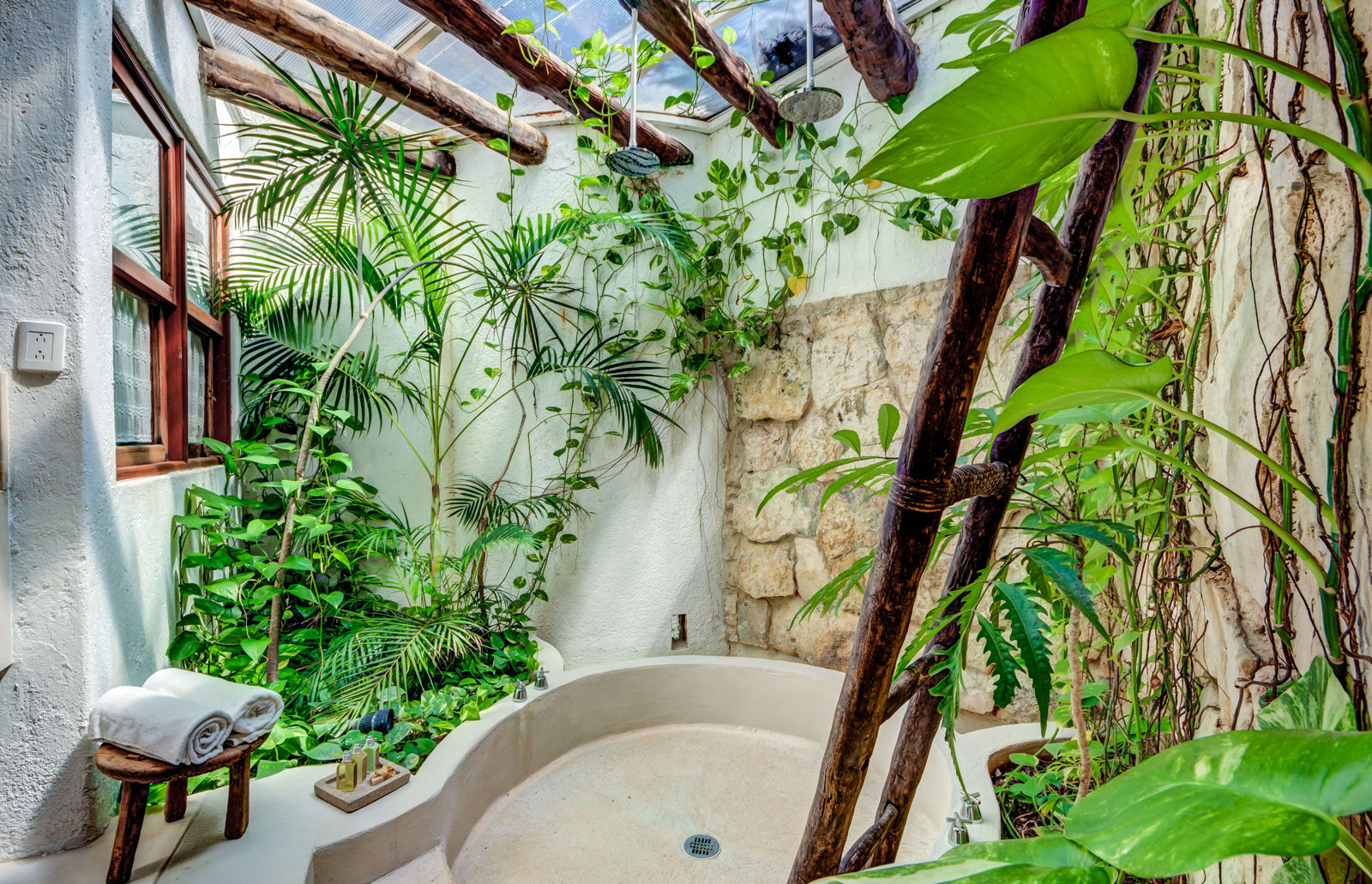 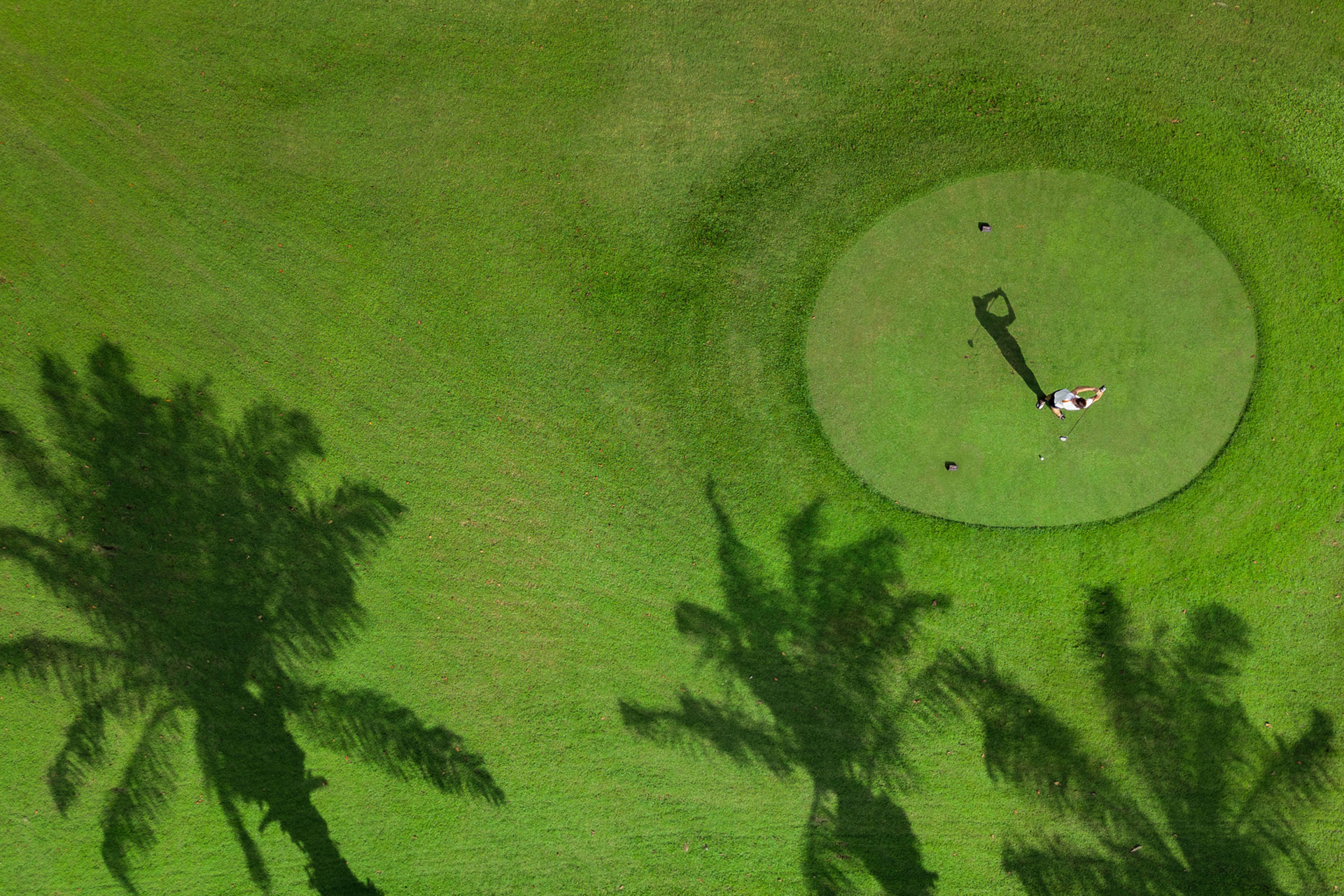 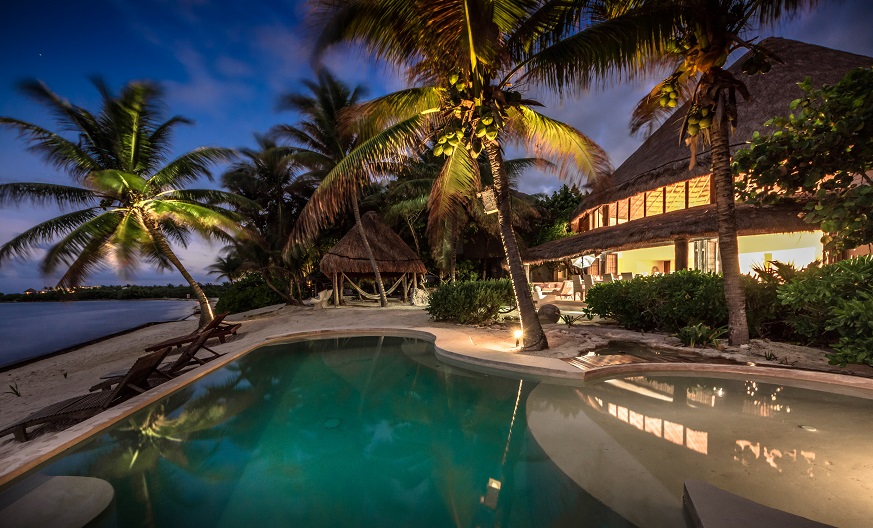 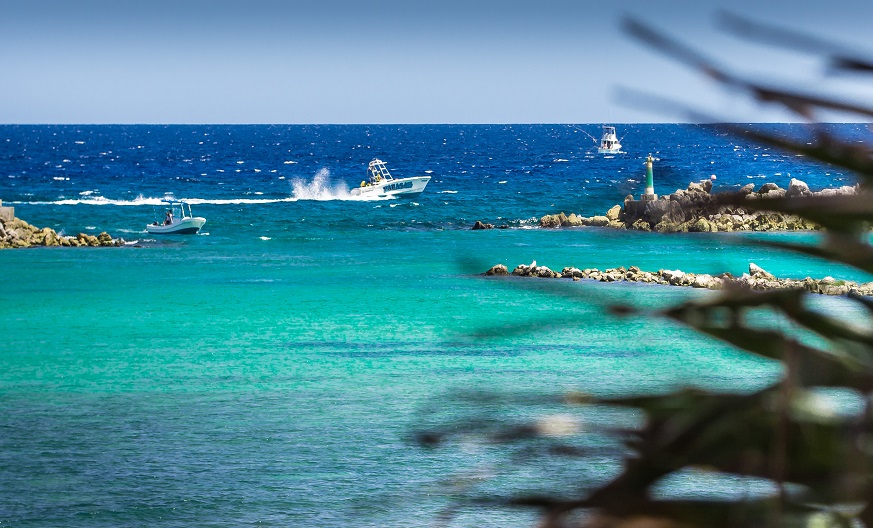 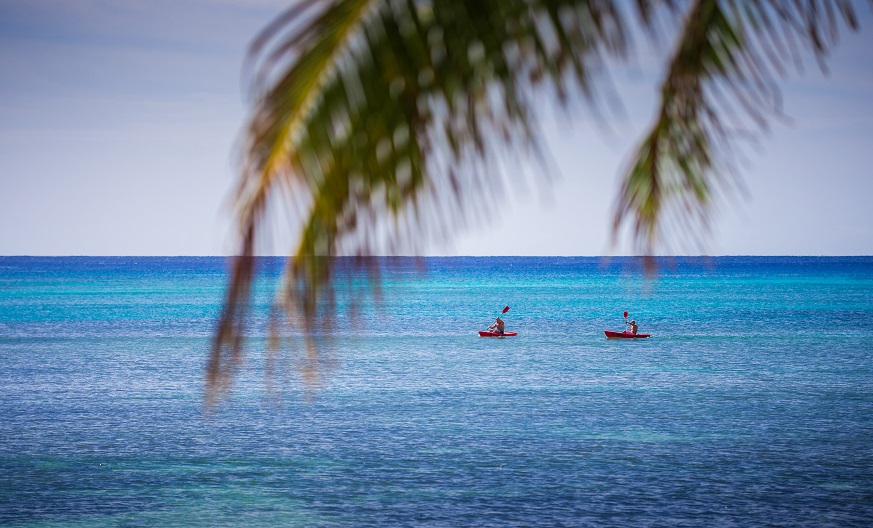 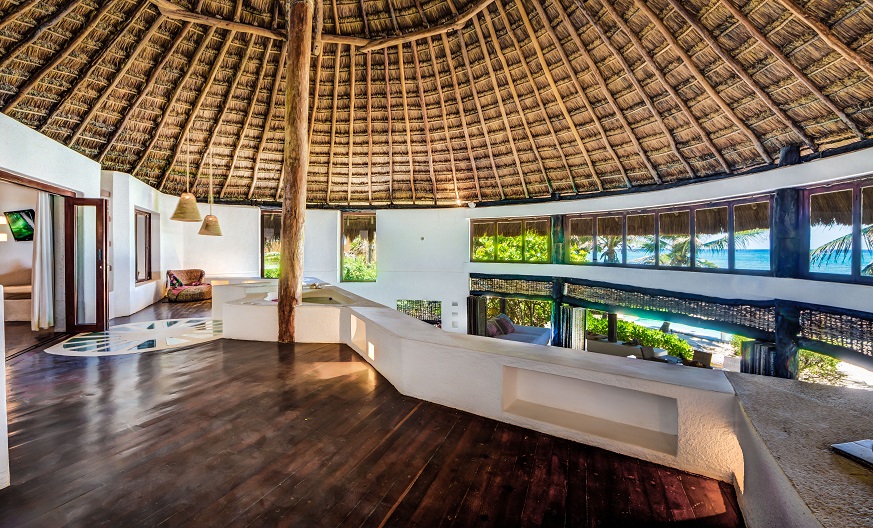 There’s something about Puerto Aventuras that makes you feel like sharing it with the world but also keeping it all to yourself. It’s no secret to us that this upscale gated community has a lot to uncover, hidden behind its amazing postcard-crescent cove beach, palapa roofs and distinct architecture in hues of blush rose.

Puerto Aventuras’ biggest distinction is its marina (the only one in the region), giving it palpable California vibes. It’s relaxed, it’s lazy and deliciously private — perfect for camera-shy celebrities, or anyone who wants to keep their vacation on the DL, maybe venturing outside the gates here and there for a meal, or an excursion, but spending most of your time revelling in the location itself and bringing blood pressure down minute by minute. Rather Puerto Aventuras brings the luxury to you in an unassuming but upscale way, with gourmet restaurants overlooking the sea or the marina and serving world cuisine in addition to the freshest Mexican dishes. There’s a peaceful golf course, but even that’s just 9 holes, as if they knew you wouldn’t want to exert yourself too much. There are bars here, but they’ll get quiet by 11pm; Puerto Aventuras instead invites you to have a beer, put your feet up and take in the stars and sea breezes. On those nights when you want something a little louder, the lights of Playa del Carmen are just 20 minutes up the road.

Puerto, as the locals call it, is an exclusive residential complex, surrounded by a golf course and the jungle. It was built by mega-developer, architect, diver, historian and author Ramón Rivera Torres, whose dream and labors over some 25 years essentially transformed jungle into today’s Puerto Aventuras resort, marina and pueblo. The community mostly attracts well-off expat retirees, vacationing families, and snow-birds looking to escape the winter.

The town ‘square’ is rather unusual, it is ‘sitting’ around a sea lake, which is divided by footbridges into smaller sections where they keep dolphins, manatees and sea lions. Around the lake there are a few restaurants and shops. There is a small island in the middle of the lake.

The charming marine community was built around three bays with calm shallow waters: Fatima Bay, Chan Yu Yum and Chac Hal Al. Like the rest of Riviera Maya, Puerto offers beaches and activities such as snorkeling, scuba diving, sailing, swimming with the dolphins, and fishing.

If you know where to look, there’s even an underground cenote. Just south of the southern marina entrance there is a cove beach Chac Hal Al Caleta with a cenote and an ancient Maya ruin. You’ll probably have it all to yourself. It used to be a small ancient Mayan port and the building would have served a double purpose: as a temple and a lighthouse at the same time. The ruin is now surrounded by barbed wire but you would not want to go inside anyway, because the locals say that inside the ruin dwells an alux, a sprite-like mythical being that can play tricks on people if you don’t appease them. The cove is a mix of salt and fresh water, a perfect spot for a swim in crystal-clear calm waters in a tranquil setting. Near the ruin, a few minutes walk through the mangrove jungle, there is yet another cenote, Media Luna (Half Moon), a deep and fresh sinkhole with a romantic name but the signs all over tell you to beware of the crocodiles.

For a fun day outside the community, explore the nearby eco-archeological parks Xcaret, Xel-ha, Xplor or Xsenses. The Mayan ruins at Tulum, only 25 minutes away, are a must-see.

A selection of our favourite villas in Puerto Aventuras