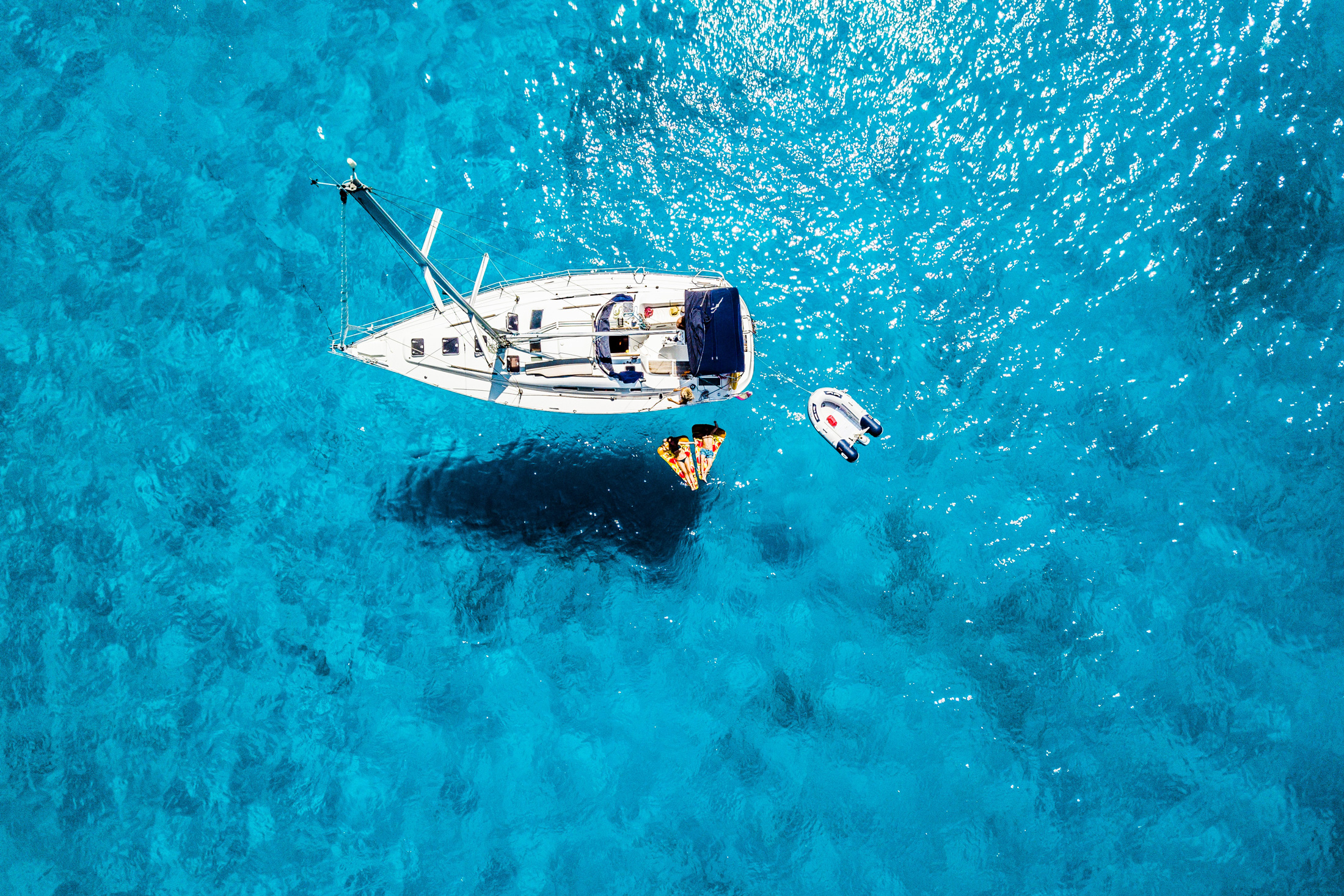 Just a 20-minute boat ride from Cancún, this picturesque island combines a festive personality and possibly the most electrifyingly blue water of all the Riviera Maya. 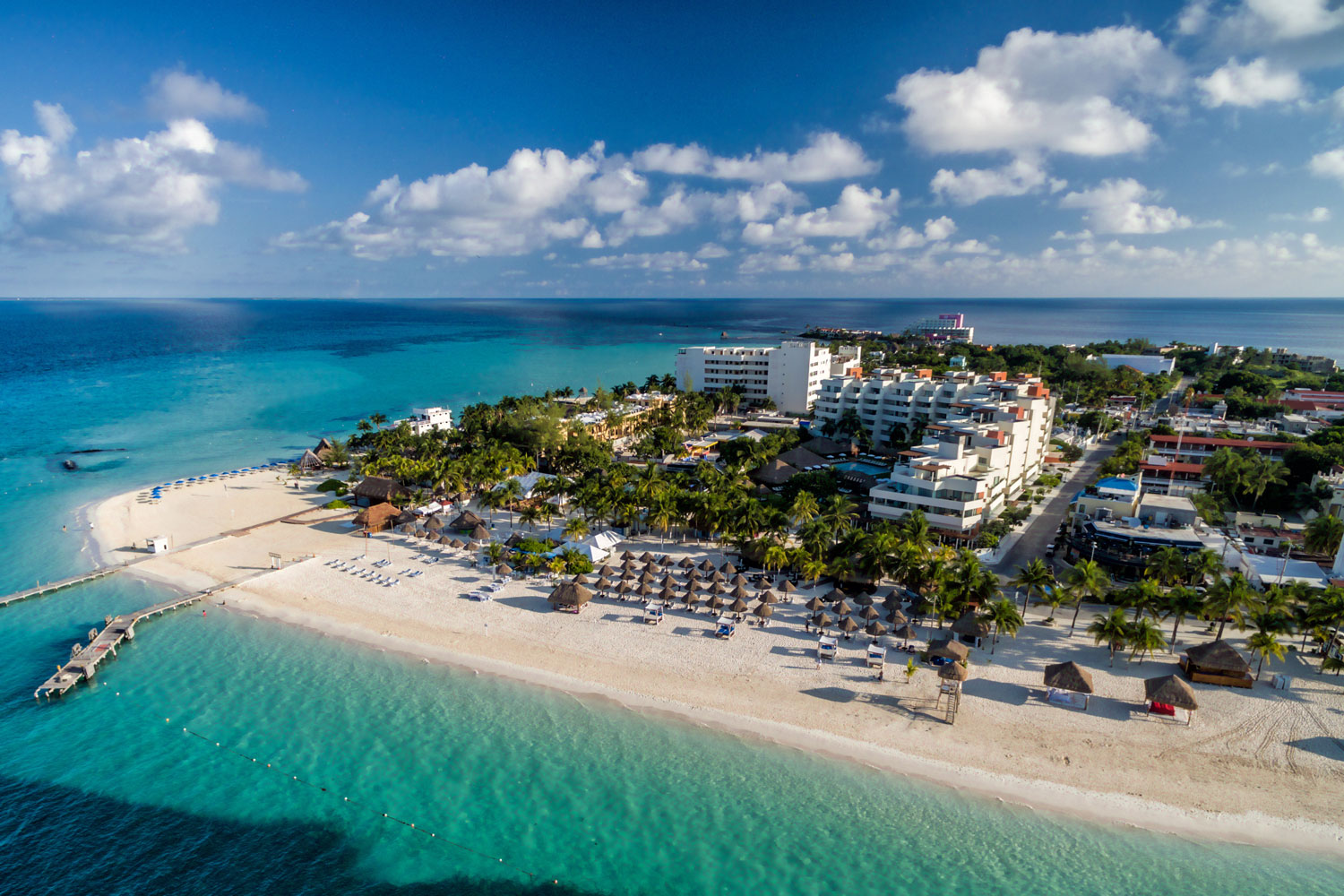 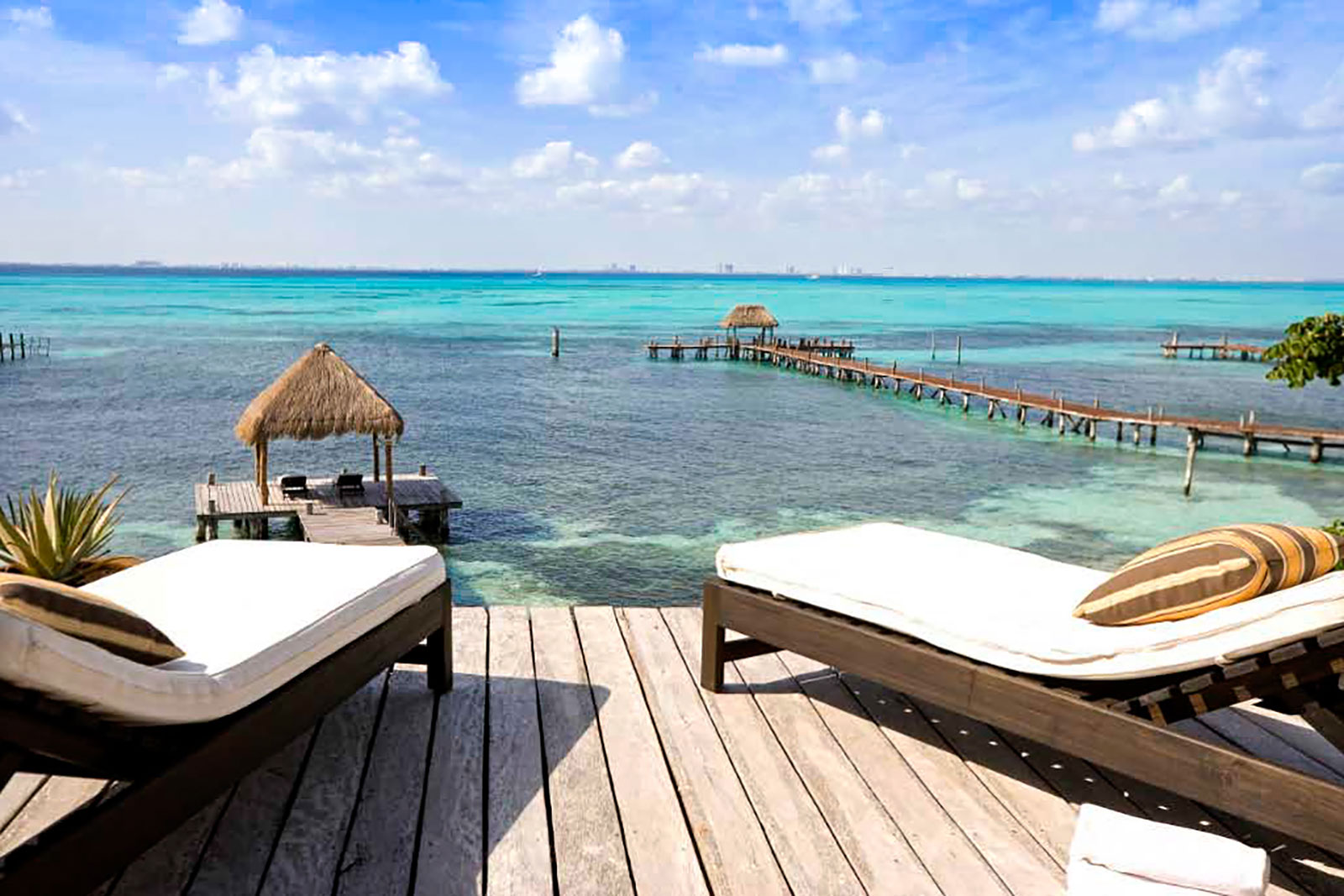 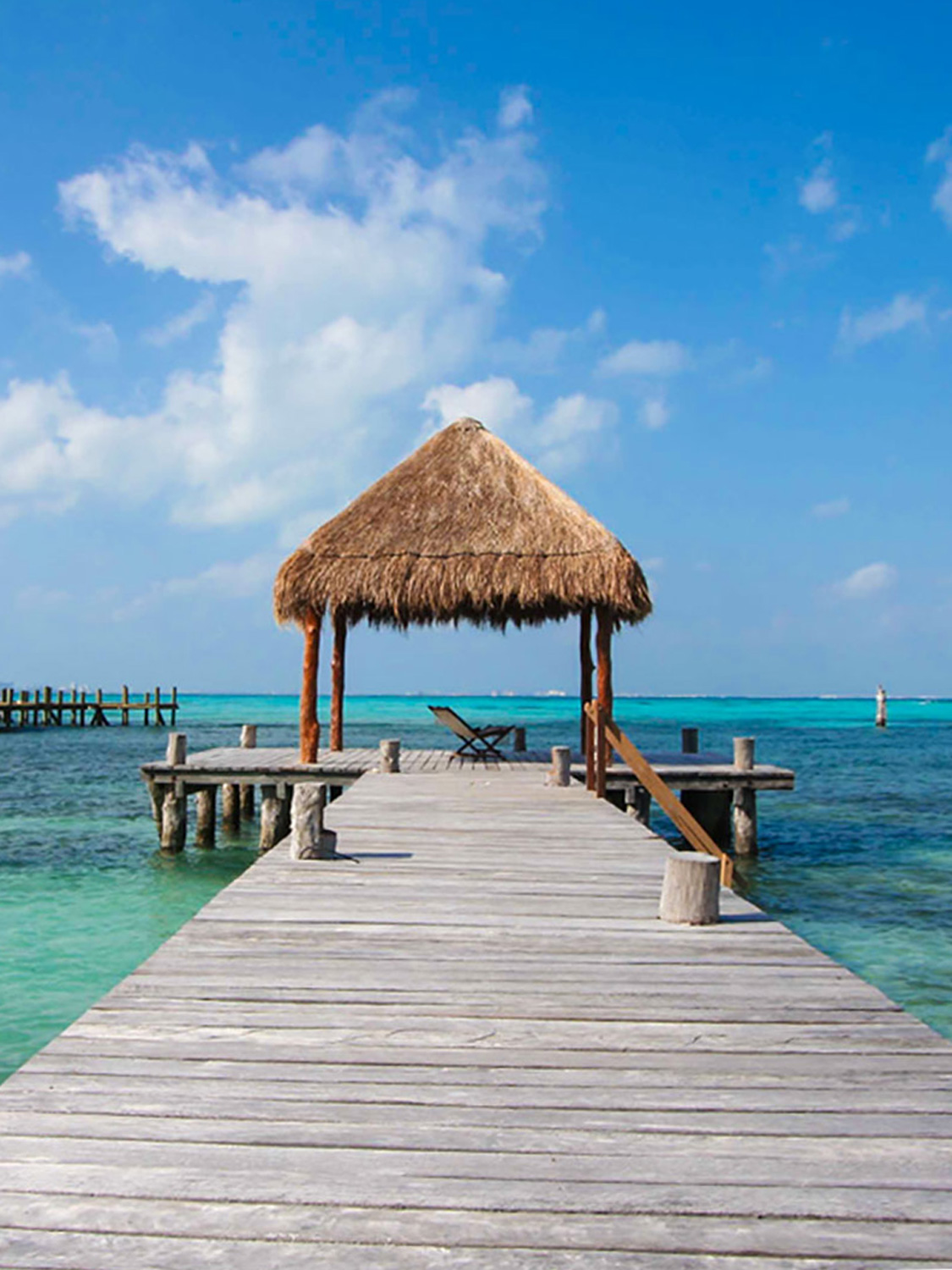 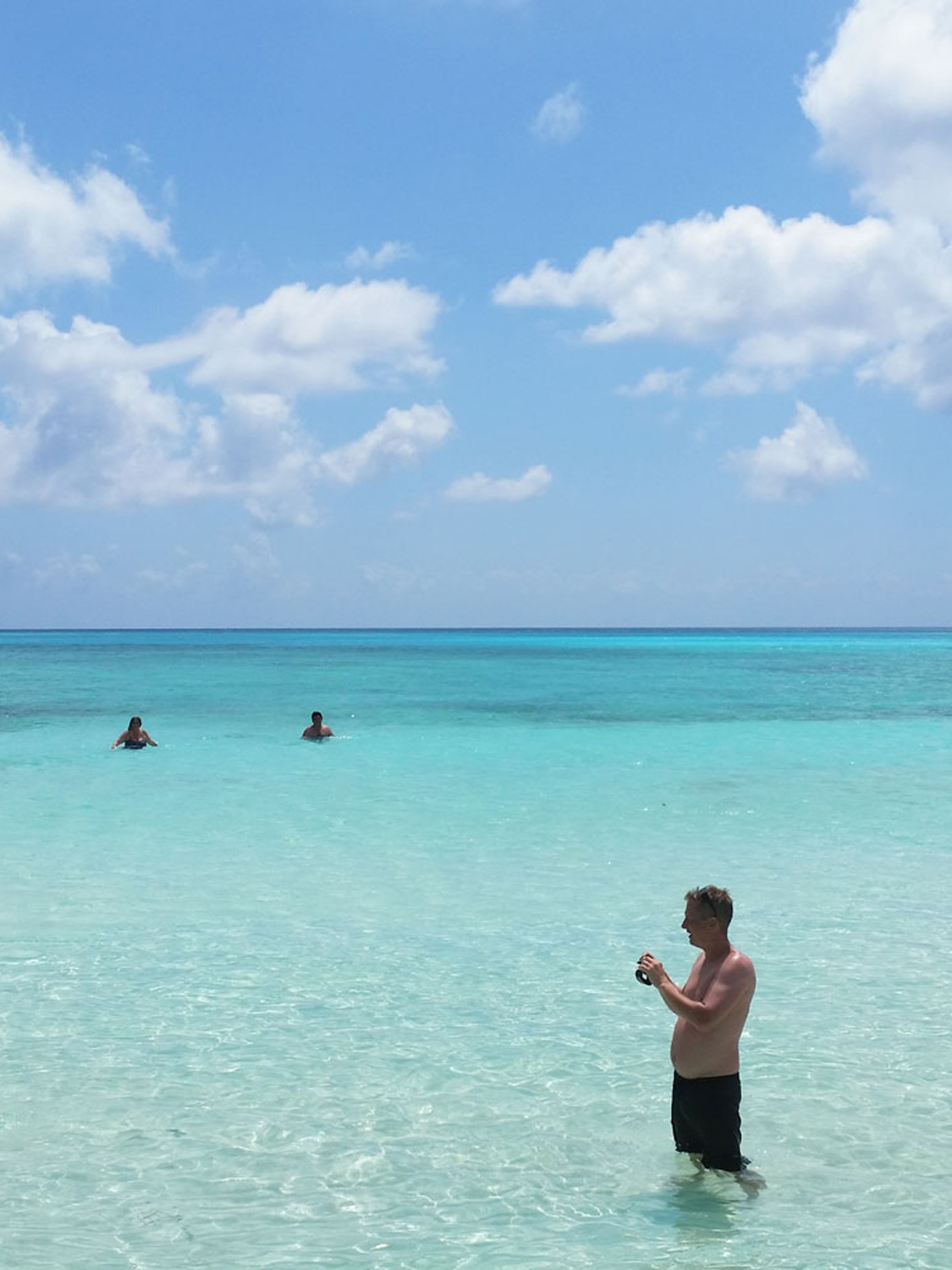 Isla Mujeres is where time still passes slowly, the sea is shallow, tranquil and turquoise and the ambience is low key. The island is about 13km off the Yucatán Peninsula coast and you can reach it by ferry from Cancún.

Playa Norte (North Beach) is considered one of the best beaches in the Caribbean and it deserves the honor. It is walking distance from the ferry, along the pedestrian street, Avenida Hidalgo, lined with restaurants and souvenir shops. You can also go to Playa Posada, which runs along the west side of town. It is usually less crowded but the water is not as shallow and clear. The more secluded beaches, such as Playa Paraiso, Playa Lancheros and Playa Indios are located on the west side of Isla Mujeres facing Cancún, mid-island near Hacienda Mundaca. The rest of the beaches on the east side are rocky and dangerous for swimming because of the strong currents.

Isla Mujeres has a lot to offer, not just its beaches. At the south end (Punta Sur) there is a lighthouse and the ancient Temple of Ixchel, Maya Goddess of fertility and medicine. The Maya settlement was built here in the 6th century. The island was discovered by Spanish conquistador Francisco Fernandez de Cordoba, who left Santiago, Cuba, in 1517 and arrived at Isla with 110 men, to procure slaves. They named the island ‘Isla Mujeres’, the Island of Women, because they found a lot of idols of the goddess Ixchel.

Very close to the temple is the ‘Tortugranja’ or sea turtle sanctuary. If you want to snorkel, kayak and zipline over the Caribbean Sea, go to Garrafon Natural Reef Park or the adventure park Parque de los Sueños (Dream Park). You can take private catamaran cruises, fishing trips, snorkeling boat trips. A lot of choices for a perfect day out.

Pirates, empty tombs and buried treasure are another part of the island’s history.

While Henry Morgan and Jean Lafitte are said to have walked the shores of Isla Mujeres and buried treasure there, Isla’s most notorious resident was Fermín Mundaca, a slave trader who transported African slaves to the Antilles. Mundaca fell in love with a sixteen-year-old Mayan girl. She was not interested and so he needed to impress her and built a large hacienda here. But he built it with the stones of the Maya ruins so she was not impressed. No wonder. She married her childhood sweetheart and Fermín grew isolated, lonely and heartbroken. You can find his tomb in the island’s crowded cemetery, just one street before the North Beach. His hacienda house is now in a deteriorated state, neglected, but the shady grounds make for pleasant garden strolling.

You will get a special snorkeling adventure at the Underwater Museum, located at Manchones Reef in the south, with submerged sculptures, which provide a base for renewed coral growth (which is slowly dying). The museum may be viewed by diving, snorkeling, or glass bottom boat. You won’t be able to see much just from the boat because of the depth. Between June and September, you can swim with whale sharks, who come here from the north on their way to the South American seas. The whale sharks arrive, in greater numbers here than anywhere else on earth. It is a unique experience! Swimming with sharks may sound scary, but these plankton-eating fish are very gentle and playful. You swim alongside, struggling to keep up despite their majestic slowness. As the largest fish in the sea, you’ll be amazed at their size and grace.

Another interesting place is Joysxee, the Floating Bottle Island. It was built by Richart Sowa from England on the lagoon at the south of the island. He built it with recycled materials (plastic bottles) and lives on this island like a real-life Robinson Crusoe. An interesting experience to see somebody else’s eco paradise!

A selection of our favourite villas in Isla Mujeres